skip to main | skip to sidebar

Dez Bryant Midfoot Sprain - What is that? 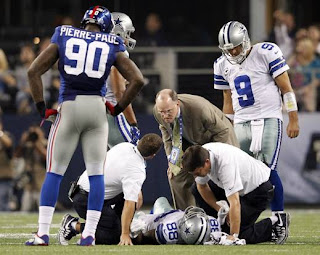 Now I'm not a huge fan of Dez Bryant or the Cowboy's but his recent injury in the Giants game on Sunday brings up an interesting point. The injury occurred late in the fourth quarter of the win over New York when safety Ryan Mundy came down on Bryant's left leg while making a tackle. An MRI confirmed a midfoot sprain. What is a midfoot sprain?  Midfoot sprain is a very generic term when there is pain across the mid portion of the foot. What does that mean? 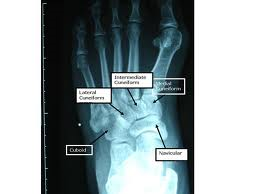 Well, the midfoot encompasses quite a few muscles, tendon, joints and ligaments. So a midfoot strain can mean quite a few things. For example, the midfoot serves as the attachment of 4 major tendons from the leg, 10 joints, and 3 major ligaments. You can see why a midfoot sprain is a very ambiguous term. Let us get into some detail about the midfoot. 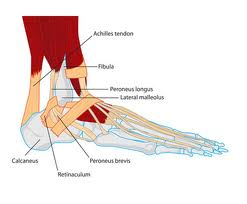 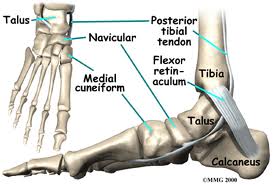 1. Tendons- The midfoot has 2 major tendons attaching into each side of the foot. On the inside of the foot there is the Posterior Tibial tendon and the Tibialis Anterior tendon. These are the major supports of the arch and are responsible for turning the foot in. The outside of the foot has 2 tendons, Peroneus Brevis and Longus, that attach in the midfoot. These tendons are responsible for turning the foot out. So it could be that Dez's midfoot sprain could be an irritation of theses tendons where they attach to the bone.

2. Joints-Included in the joints of the midfoot is the Lis Franc joint, however, this term includes 5 small joints. The Lis Franc joint connects the long bones behind the toes, metatarsal, to the midtarsal bones. In a Lis Franc injury the bones can fracture, dislocate, or even overstretch some of the ligaments between the bones. All joints have a soft tissue covering, capsule, surrounding them. These can be stretched or the joints become inflammed.

So a midfoot sprain is a very ambiguous term. Most of the treatments for these injuries, however, would be similar. Rest, Ice, Compression and Elevation are the tenants of treatment.  Dez will be sitting on the sideline for this week's practices but he could be ready to go against Andy Reid and the Chiefs.

By the way.... WHAT A WIN FOR THE EAGLES OVER THE SKINS LAST NIGHT! 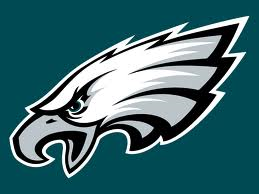 Podiatry Care Specialists
Whether you suffer from diabetes or have questions about foot or ankle pain, heel pain, fungus nails, plantar warts, or bunions; we can provide what you are looking for. As Board Certified and Board Qualified Podiatrists, with offices in Newtown Square and West Chester, PA, we believe our patients deserve to have the information needed to make good choices about their foot and ankle care. For over 25 years, we have been providing our services to residents of Chester County and Delaware County. Residents of Coatesville, Downingtown, Edgemont, Westtown, Kennett Square, Broomall, Bryn Mawr, and Exton have benefitted from our convenient locations in finding a Podiatrist. Our well trained staff take pride in being courteous and helpful. When we were developing this website, our main concern was to help you decide whether a particular foot problem needed to be attended to professionally. Once that was determined, we wanted you to become familiar with our Doctors and what our practice could provide to you. Podiatry Care Specialists is confident that all of your needs will be met and enhanced with use of this website.